I you haven’t seen a “story” before on a website, don’t worry – just tap on the image below to see the next page…

Here in New South Wales, Australia we may be out of lockdown (for now), but I realise that many of you out there are still unable to travel to see me. I also know that lockdown can be really hard on people, especially if you have a need in your life for intimacy that isn’t being filled.

As a result, I have had a number of requests recently for online service including email chat, texting, and Zoom/Skype sessions. I am very happy to do these and will tailor any combination to your needs. So you can start off with some email or perhaps exchanging texts, move on to a sexy phone call, or when you are ready for it a video chat…

To pay for this service I am offering hourly credits at $200/hr for any combination of services. So you buy an hour or two of credit (contact me for payment options) and then we can use it for virtual play in any way that you choose.

I was asked recently by someone with a teenage daughter if I new of any good online resources for girls to learn about sex, sexuality, and pleasure and it reminded me of a site that I was shown by a friend a couple of years ago. It took me a little while with google to find it again, but I managed to track it down – so I thought I should share it here as well.

So what is it? From the site:

For Women, Men, and Couples

So it’s a website that contains lots of information about sexuality and how women can experience pleasure. But the really clever part is that it includes interactive tutorials that let you (on a tablet, phone, or computer) actually practice what you are learning about. For instance if you are learning about clitoral stimulation, then you have an interactive tool that lets you (on a tablet or phone) use your finger to experiment with playing with a woman’s clitoris as described. The system gives you feedback on how well you are doing it.

As someone who has spent much of my career in IT and as a male escort for women I was genuinely suprised by how good the site and particularly the learning tools are.

I would highly recommend it for anyone – male, female, or other – who want to learn about female pleasure.

Western societies are, in general, very reticent about talking about sex, let alone about sexual pleasure, so I think that this website and it’s tools are a breath of fresh air. I think that anyone (even me) can benefit from this information and I intend to revisit it again over the next week or two. If you are here on my website, then it’s likely that you too could learn something fun and enjoyable at OMGyes so I highly recommend having a look at it.

BTW – I am not sponsored by OMGyes, I just like the site and the information that they provide.

A lot of people want to star in their own erotica – usually for their own enjoyment and private consumption. It’s a lot like boudoir photography really, only… more so.

And why not? Why wouldn’t we want to create something beautiful of ourselves – alone, or with another person? It’s fun. And it’s a celebration of our sexuality. These are good things. Valuable things to have in our lives that all too often are put last in our day to day priorities.

It is odd to me that while we live in a society where sexuality and beauty are promoted and used in the media all the time that – as individuals – we are also discouraged from creating our own erotica. It’s like we are being told about (and sold) our own beauty, while being discouraged from celebrating that beauty and enjoying it.

One of the best things I have learned about human nature working in my industry is this: you are more attractive than you believe. Every day, through sex work Twitter I see my peers – of all shapes, sizes, and ages taking the risk of putting themselves out there in the world to offer their services. And while we can’t please everyone, I am inevitably delighted by the flood of people who love whatever someone is.

You may have read a while back that I can no-longer buy my favourite lube in Australia – that’s Sylk.  It’s a New Zealand made product that due to [trivial recipe change] is no longer being sold in Australia.

Let me tell you, the alternative options are grim.

I have been trying out other lubes, looking for one that might be a good substitute for Sylk and there is just nothing!  They either feel sticky and unnatural, or insanely slippery and unnatural (silicon lube – which worst of all stains your linen badly too!), lumpy (!), or just feel plain nasty.

I want my Sylk back.

Well, a friend (thank you!) found a supplier in NZ online and ordered five bottles – the maximum allowed (seriously? What is that about?).  And now I have a new supply… 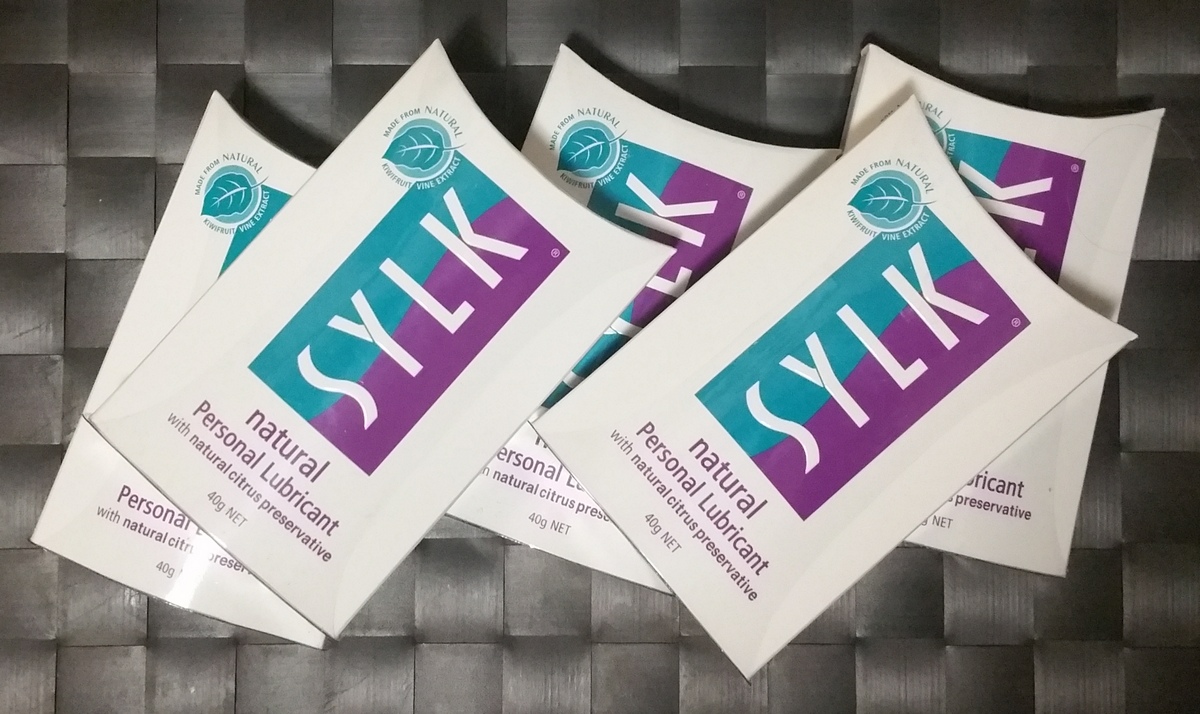 That won’t last long, so I’m going to place my own order – with http://www.healthdelivery,com.au in NZ (don’t ask me who they have a .com.au domain name – who cares?  They have SYLK and will send it to me!).

Problem solved.  So now you can rest assured that when you book a date with me, I will continue to provide the finest lubrication that money can buy – because condoms.  They always need extra lube, regardless.

I think that it is a sign of maturity in a society when it empowers women to be and do what they want to do – free from control or even the observation of men.

The normalisation of sex workers (male and female) for women is one example. It’s quite a big statement that women, who for so long have had their lives, finances, and their very bodies ruled by the whims of men are now able to choose to see a sex worker and not have to apologise to any one for it.

We are moving ahead. Becoming more tolerant of each other – not always and not everywhere – but we make progress.

Another small sign of this is the arrival of the Skirt Club in Sydney (http://skirtclub.co.uk/), a UK originated sex club exclusively for women. It has a modest global membership, but by all accounts it is well liked by the women who are members. I can imagine many men feeling threatened by the very existence of such a place, but to me it’s a delight.

I love the idea of women being in control of their lives and perhaps more importantly being able to choose exactly what it is that they want to do with their lives, without having to involve or answer to men, if they don’t want to. At the end of the day, it makes all of our lives, whether we are male or female richer.